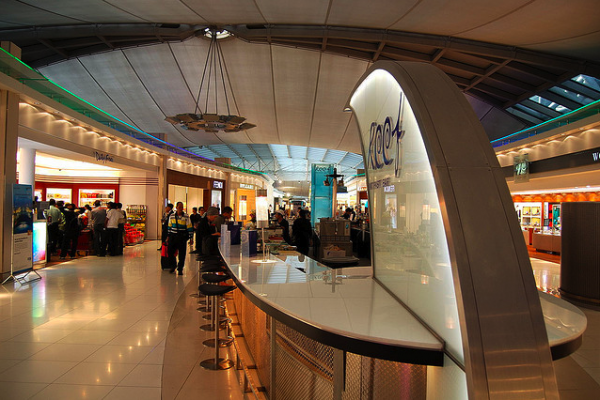 A guy sitting was at an airport bar and noticed a beautiful woman sitting next to him. He thought to himself, Wow, she is so gorgeous, she must be a flight attendant.
So he decides to scoot towards her and try to pick her up, but couldn’t think of a pick up line.

After thinking for a while, he turns towards her and says, “Love to fly and it shows?”
She gives him a blank, confused stare and he immediately thinks to himself, Oh crap, she mustn’t fly for Delta.
So he thinks of something else and says, “Something special in the air?”
She gives him the same confused look. He thinks, Damn! She must not fly for American.
So next he says, “I would really love to fly your friendly skies.”

When suddenly the woman, irritated beyond belief with this guy, barks out, “Man, what the hell do you want?”
The man in a relieved voice says “Ahhh, Air Canada.”