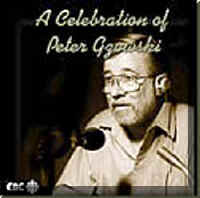 Canada recently lost a national legend when Peter Gzowski passed away as a result of chronic obstructive pulmonary lung disease. He smoked most of his life but had quit; and then was diagnosed with emphysema.

He lived in the homes of Canadians for many years and was loved by all who listened to his radio programs. He provoked a quiet patriotism that burned deep within Canadians – often showing them where to find it.

He graduated from Ridley College in St. Catherine’s with two scholarships. He then attended the University of Toronto. He started at Timmins Daily News (Ontario) as a reporter and eventually worked his way up to city editor of the Moose Jaw Times-Herald (Saskatchewan). Half a year later he moved back to Ontario to take the position as Editor for the Chatham Daily News. Only one year passed before Gzowski became the youngest managing editor at Maclean’s. He was 28 years old.

In the 1970’s he turned to the medium that Canadian’s loved to hear him best – radio. He started as host of CBC’s “This Country in the Morning”, but left to try television. When that flopped he wrote “The Sacrament” and “The Game of Our Lives”. A chance encounter with Barbara Frum resulted in another radio opportunity and eventually his own show. “Morningside” was listened to for 15 years on the Canadian radio waves.