You are here: Home / Canuck Quips / Blonde in a Blizzard 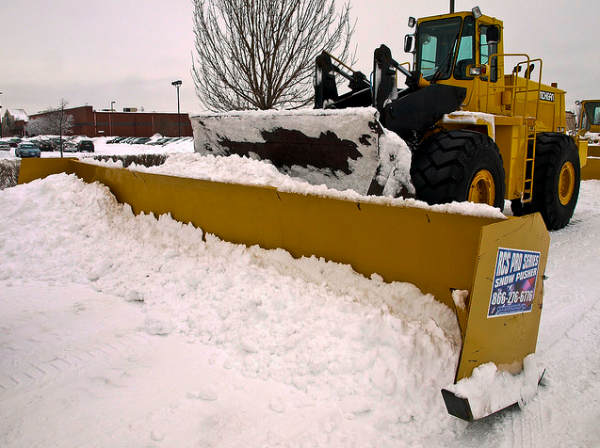 It was snowing heavily & blowing to the point that visibility was almost zero, when the little blonde got off work. She made her way to the parking lot & wondered how she was going to make it home.

She sat in her car while it warmed up & thought about her situation.

She then remembered her daddy’s advice that if she got caught in a blizzard, she should wait for a snowplow to come by & follow it. That way she would not get stuck in a snow drift. This made her feel much better & sure enough, in a little while, a snowplow went by & she started to follow it.

As she followed the snowplow, she was feeling very smug as they continued & she was not having any problem with the blizzard conditions.

After quite some time had passed, she was somewhat surprised when the snowplow stopped & the driver got out & came back to her car & signalled for her to roll down her window. The snowplow driver wanted to know if she was all right, as she had been following him for a long time. She said that she was fine & told him of her daddy’s advice to follow a snowplow when caught in a blizzard.

The driver replied that it was okay with him & she could continued if she wanted, but he was done with the Wal-Mart parking lot & was going over to Canadian Tire next.