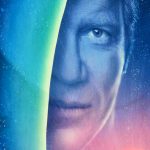 “First of all, Star Wars was derivative of Star Trek, by what ten, fifteen twenty years, whatever it was… Derivative!”

Shatner during his Just for Laughs performance:

“I live in California, but I was raised in Montreal. And yes, I’ve gone where no man has gone before, but I was in Mexico and her father gave me permission! My name is William Shatner, and I am Canadian!”

“I don’t believe in no-win scenarios.”

Shatner as Kirk to McCoy:

Shatner’s recorded wake-up call for the crew of STS-133 in the Space Shuttle Discovery on 7 March 2011 on their final day docked at the International Space Station: