At EXPO ’67 in Montreal, on being impressed by the multi-projector, multi-screen shows they saw, a small group of Canadian entrepreneurs and filmmakers hatched the idea for IMAX; a new system that would use one powerful projector. The IMAX motion picture projection system was born. This uniquely Canadian technology, used worldwide, has turned heads for decades. Perhaps one of its best commercial movie successes in recent years, using IMAX in a big way, sums up the impact of IMAX. Here’s one reviewer’s comment of Mission: Impossible – Ghost Protocol:

“Of course, if you have the opportunity to see this in an IMAX theater, don’t even think about seeing it in a regular 35mm auditorium. There are a good 30 minutes of footage actually shot on IMAX film, and they are absolutely glorious.”
Scott Mendelson, The Huffington Post

The actual debut of IMAX occurred in at EXPO ’70, in Osaka, Japan. The first permanent projection system was installed at Ontario Place in 1971, in Toronto. The IMAX Dome—called OMNIMAX—made its debut in San Diego in 1973, at the Reuben H. Fleet Space Theatre.

IMAX theatres of all kinds are in every major (and some not-so-major) cities in the world. In fact, as of the end of 2011, there were 583 theatre installations in 48 countries. IMAX Corporation has offices in Mississauga (just west of Toronto), New York, London, and China. In 1994, IMAX became a publicly traded company. (For those interested in investing, the cost of a share of IMAX, as listed formerly on NASDAQ, was running at $25. There are approximately 50 million shares of IMAX out there.)

EXPOs and IMAX seem to have gone hand-in-hand over the years. As if the projection capabilities and picture weren’t extraordinary enough, at EXPO ’86 in Vancouver IMAX premiered its first 3D system at the Canada Pavilion. 3D has become a mainstay and entertainment mainstream staple and now 2D can be converted to 3D; but, we’re getting ahead of ourselves.

And the nod goes to … IMAX! At the 1997 Academy Awards, IMAX was awarded the only Oscar for Scientific and Technical Achievement. The award recognized “IMAX’s innovation in creating the world’s best image capture and projection system”, as well as giving it a deserved nod for entertainment.

Over the years, IMAX has partnered with many prominent companies, and launched several bold ventures, culminating in a 75-theatre deal in China in early 2011. It was the largest international agreement in the company’s history, forming IMAX China, a wholly-owned subsidiary. Here are a few other ventures and connections IMAX has made over the years. We don’t have space for all of them, so what you’re going to see represents some of IMAXs most imporant collaborations:

The company’s tagline, “IMAX – IS BELIEVING™” conceivably says more about the company and its worldwide impact than pages of statistics could possibly do. If you’ve experienced IMAX, or better still, IMAX 3D, than you’ll know how spectacularly clear and stunning IMAX filming is. Besides partnerships and joint ventures, what speaks equally loudly about IMAXs success are some of the titles it released that were embraced and loved by audiences worldwide. Movie tastes vary, of course, but maybe you took in one of these titles and can relate to the IMAX experience…

We mentioned The Polar Express. This 3D film became (in its time, back in 2004), the highest grossing digitally re-mastered IMAX film. Yet even that record was to be eclipsed in big ways. There was 2006s Superman Returns: An IMAX 3D Experience. It was the world’s first live-action Hollywood movie to have had selected scenes converted into 3D. A huge splash was made in 2008— again, history making — as The Dark Knight became the first major Hollywood movie to include sequences shot with IMAX cameras. The Star Trek reboot broke opening weekend box office records (almost $10 million) in 2009. Finally, at least for the purposes of this article, in 2010 IMAX had two major successes. The first was the highly anticipated release of Hubble 3D. But you may be more familiar with the second: Avatar: An IMAX 3D Experience. Once it completed its initial run, it became the highest grossing IMAX release of all time.

The future looks bright, crystal clear, and very 3D for IMAX as it moves forward. It’s appearing and presenting at several investor conferences in 2012, and these take place in both North America and the United Kingdom. The venerable company Kodak, in an effort to turn its fortunes around, has licensed several of its patents to IMAX. And of course, there are many new upcoming movies that you and your family can take in, IMAX style. 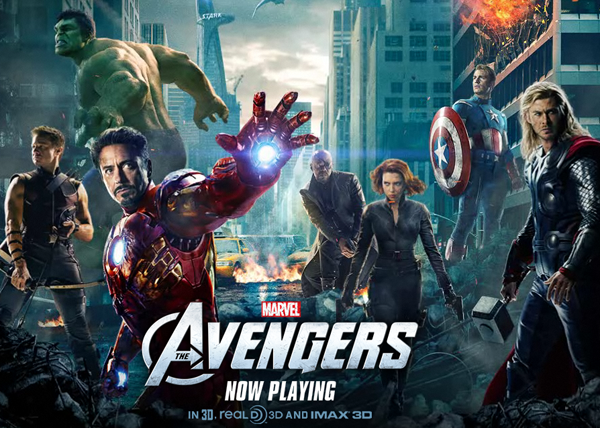