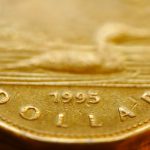 If you intend to relocate to Canada from the United States, or even vice versa, one of the things that has a big influence on your plans is the exchange rate. If the Canadian dollar gains in the weeks before you emigrate, for instance, you can expect a bigger total in your US dollar bank account when you transfer your savings.

Given that the exchange rate is so important then, what’s in store for the Canadian dollar to US dollar rate in the coming months and years? That’s what I want to look at here (though, of course, my predictions aren’t cast iron.)

Where is the Canadian dollar at the moment?

The loonie has had a mixed year against the greenback, starting 2012 close to parity before climbing as high as 1.02 in late April, falling to 0.96 in June, climbing again to a thirteen-month peak of 1.03 in mid-September, before at last finding parity again, where we find ourselves now.

What’s to explain this volatility? Well, to a large extent it’s out of Canada’s hands, with Canada’s economy enjoying a gentle but marked improvement across the year, compared to many places (Europe, for instance) which remain mired in crisis.

Unfortunately, because the Canadian dollar is a commodity currency (i.e. volatile to changes in global sentiment, reflecting the presence of the Alberta oil sands) the loonie tends to jump around, even if Canada economy doesn’t. Hence the currency’s volatile performance in 2012 to date.

What’s in store… in the next six weeks?

I would expect the Canadian dollar weakness we’ve seen against the greenback since mid-September to extend up to the end of 2012. This is because, more than anything, the biggest threat to both global and Canadian growth right now is the upcoming United States fiscal cliff.

In case you didn’t know, this is $600bn in automatic spending cuts and tax rises, due to come into force on January 1st 2013 unless Washington can agree a sustainable fiscal course for the US. If the cuts go ahead, they have the potential to send the US into recession, and knock 1.6-1.8% from Canadian GDP, according to economists at TD Bank.

Meanwhile, this will encourage Canadian dollar weakness because it’s making investors extremely nervous, and so encouraging them to buy the US dollar as a safe haven. This is because, though it’s a US problem, the US Treasury remains a highly trusted source to secure returns in times of global uncertainty.

What’s in store… in the next six months?

Presuming the fiscal cliff is avoided, the Canadian dollar’s prospects for 2013 brighten considerably. This is for several reasons.

The Fed will continue its program of QE

First, the US Federal Reserve will continue its program of quantitative easing, injecting $40bn into the US economy each month until unemployment falls to acceptable levels. It’s hard to overstate what a fillip it is to market confidence to have Ben Bernanke helicoptering in billions of dollars each month. Hence, insofar as that’s good for global sentiment, it will help the Canadian dollar climb.

Second, Canada’s economy is set to pick up, according to a report released this week through the Organisation for Economic Cooperation and Development (OECD). In its survey of 45 countries, the OECD picked out the United States, China and Canada as the three countries where growth is picking up fastest. To the extent that sees Canada ahead of the pack, it will also boost the loonie.

The Bank of Canada could raise interest rates

Last of all, if Canada’s economy does indeed improve, Bank of Canada governor Mark Carney will likely follow through on his repeated threat to raise interest rates. He’s hinted at it several times, dependent on Canada’s economy first nearing its growth potential. And of course, insofar as higher interest rates make Canadian gilts more profitable, that will see the loonie climb too.

What’s in store… in the next five years?

Of course, to look at where the Canadian dollar might be five years from now is highly speculative. But even then, it’s possible to see what challenges Canada (and the world) might face, and draw conclusions about what that might mean for the loonie. That could be useful if you don’t plan to emigrate now, but wish to do so in a few years.

Canada will eliminate its running deficit

In the eleven years prior to the financial crash, Canada’s governments achieved a surplus. That record however was broken thanks to the crash, which forced Canada, like other industrialised nations, to administer costly stimulus packages. But since then, it’s become a priority of Steven Harper’s government to eliminate the deficit, which it looks set to do in 2014/15. Insofar as that sends a strong signal of fiscal responsibility, the loonie will climb.

The United States will near energy independence

You may have heard about how the discovery of vast reserves of shale oil and gas is transforming the United States’ economic fortunes. Moreover, in the next decade, it’s set to end the country’s dependence both on Middle Eastern and (unfortunately) Canadian oil. Given that, if Canada wants to continue benefiting from its oil sands, it must pivot to markets further afield than its closest neighbour. That uncertainty could do the loonie harm.

On the whole, I think the Canadian dollar’s prospects for the next five years look good. The loonie will benefit both as the global economy improves and Canada outstrips much of the industrialised world where growth is concerned. This isn’t to say there aren’t threats, chiefly stemming from the United States. However, if you plan to relocate to the US from Canada, I think you can broadly expect the exchange rate to favour you.