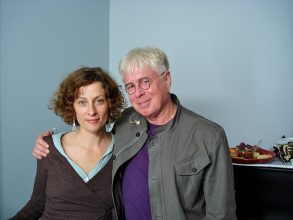 Bruce Cockburn’s music can be described as catchy, moody, haunting and more. He uses jazz, country, rock, world music, pop, reggae, folk and any other beat he feels like writing into his music. There is not a trite, easy description that can pigeonhole his music into a particular style or genre. The lyrics of his songs are thought-provoking and layered and have been compared to the poetry of Wallace Stevens and T.S. Eliot.

Bruce released his first solo album in 1970, but it wasn’t until 1979 and the song “Wondering Where the Lions Are” that he became well known beyond eastern Canada. He has since gone on to make 26 albums and has won numerous awards. Twenty of his albums have gone gold and platinum in Canada. The 27th disc “Anything Anytime Anywhere” is being released on January 15, 2002. In March of 2002 Cockburn will set out on tour across the United States. His Canadian and American labels will begin reissuing 18 of his previous albums which will include remastering and bonus tracks. Plans for a new studio album are in the works.