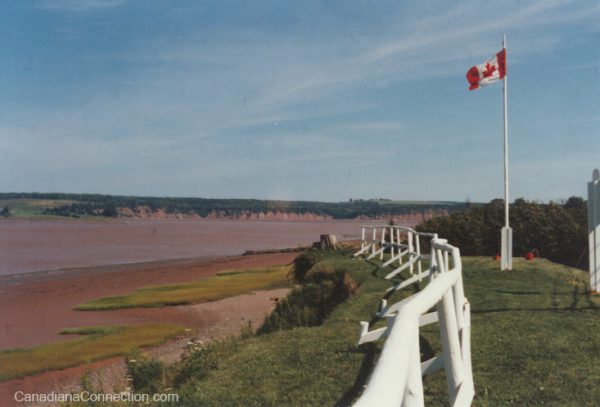 Nova Scotia is perfect vacation country. There are ten scenic trails to follow throughout the province and each offers unique sights and sounds. Only a couple have been briefly touched on below.

The Evangeline Trail follows the along the Bay of Fundy, known for the highest tides in the world. Watch whales from BriarNova Scotia Island at the farthest point of the Digby Neck. Take a tour through the Annapolis Valley where the fertile farmlands produce delicious fruits and vegetables and many spin off industries such as soap making.

The earliest inhabitants of Nova Scotia were the Mi’kmaq Indians. Their history tells of a magical Indian named Glooscap that could control the tides in the Bay of Fundy. The Glooscap Trail offers visions of nature at it’s most pristine and beautiful. The cliffs near Parsboro are striking – look around and find some more history in the plentiful rocks and fossils.

The Lighthouse route is a testament to the seafaring history of Nova Scotia – visiting the town of Lunenburg is a must. Besides being home to the famous Bluenose it is also a UNESCO World Heritage site. Peggy’s Cove offers a view of Nova Scotia’s most famous lighthouse.

cape bretonThe Cabot trail is another tour with breathtaking scenery and beautiful vistas. It is named after John Cabot who was the first recorded explorer to set foot on Nova Scotia (in 1497).

Nova Scotia was settled in 1604 by French Acadians and came under British rule in 1713. It was one of the first of four provinces that signed the Confederation that became known as “Canada”.