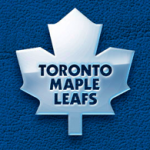 “Who the hell wants to go there. I don’t want to be taking dogsleds to get around.”
~ Harold Ballard responding to the possibility of a proposed NHL franchise in Saskatchewan

“If you got a chance to screw the government out of a few bucks, you’d do it, too.”
~ Harold Ballard on being convicted of tax-evasion.

“I told Pat I want to be him for Halloween. I almost got hit and I told Pat I should stop teasing him.”
~ Tie Domi, former Leafs tough guy referring to former coach Pat Burns.

“I’m 31 years old and I want to be part of a championship team before my career is over.”
~ Mats Sundin, the overall scorer and points leader for the franchise.