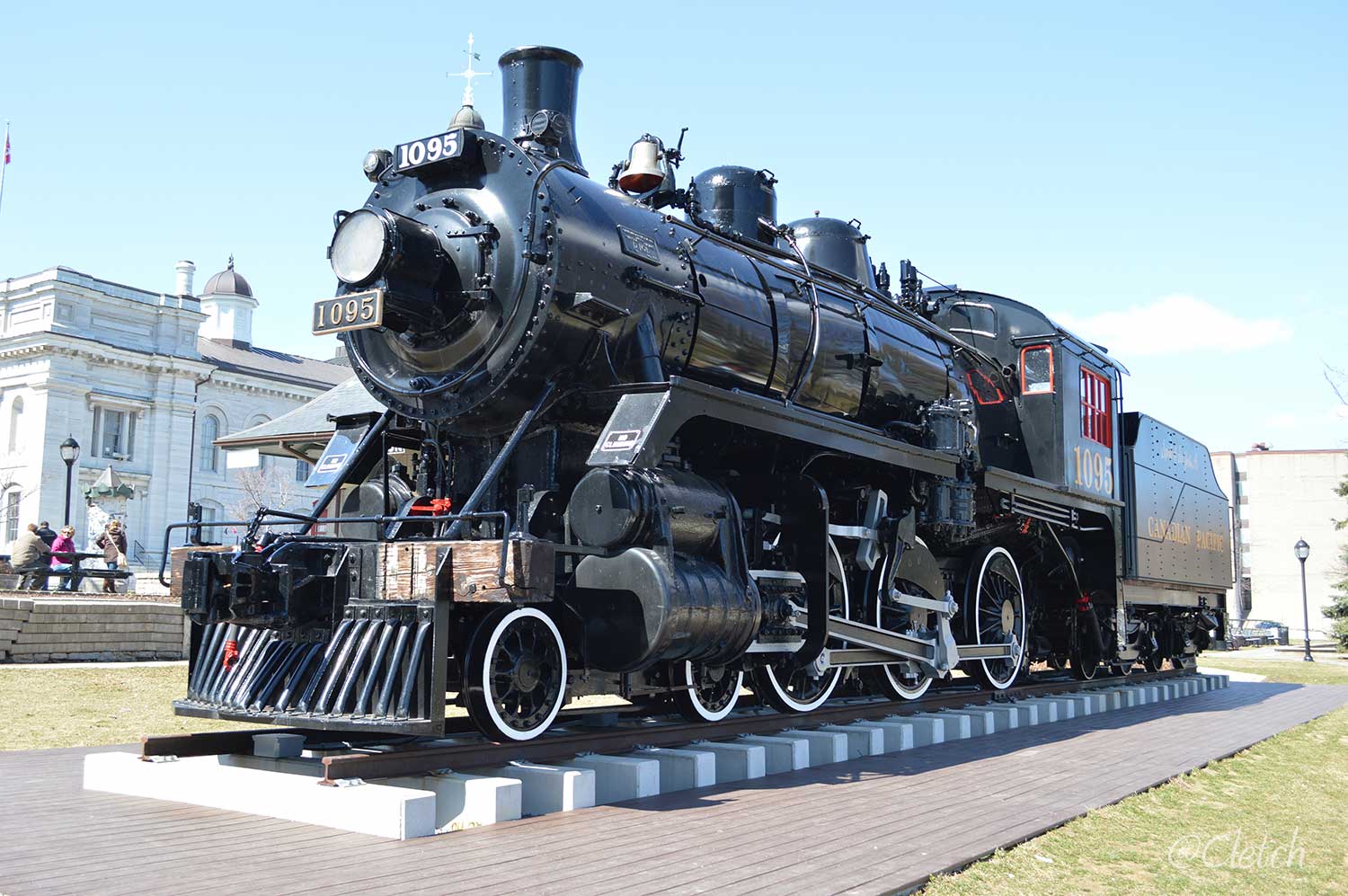 Canada has one of the greatest railway systems in the world. From our first railroad, the Champlain and St. Lawrence Railroad, opened on July 21, 1836, to the iconic Northlander, a passenger train running from Toronto to Moosonee (a line that was, sadly, discontinued in 2012), look in any province, on any coastline, in any interior, and to the furthest northern stretches imaginable, and you’ll find a set of railway tracks that was or is being used to transport people, goods, grain, fuel, and dozens of other things, from coast-to-coast. The Canadian railway story is as rich as any part of Canadian history, and here, in Canadiana Connection, it will be told in several parts.

The first and second parts of the story will deal with the history, toil, and railway lines that connected our great nation. Other parts will deal with individual railway systems, like Canadian Pacific or VIA. You don’t have to be train lover to enjoy or appreciate the rich stories of Canada’s railroads.

Canada’s first public railroad system was, as stated, the Champlain and St. Lawrence Railroad. Conceived in 1832, and opened in 1836, it carried passengers to and from what we now know as St-Jean, to a point on the St. Lawrence River near Laprairie. And so the “Dorchester” (the name of the locomotive that pulled this first train), inaugurated a history that continues to this day. It didn’t take long for other railway milestones to occur across the country.

Even in a ‘general’ article about our rail history, we can’t name all of the milestones that have taken place over the past 175+ years; there have been hundreds. We hope the following start, covering the 19th Century, will satisfy your curiosity for now:

In its relative infancy, in the first 65 years of existence, the railroad systems of this great land, beginning humbly with the Champlain and St. Lawrence Railroad in the mid-1930s, saw that the entire country would be connected by rail. The formation of Canadian Pacific, of railway tunnels and bridges, of electric, steam, and even gas lighting all came to be. Princes and future Kings had their hands in or on the rails, and sleeping cars were invented because of them. Triumphs and disasters beset the youth of this national, identifiable system. People and goods everywhere rode the rails; they still do.

As Lightfoot sings later in his Canadian Railroad Trilogy:

“Oh the song of the future has been sung
All the battles have been won”.