You are here: Home / Connect / At Home / ALEXISONFIRE ROCKS THE SOUND ACADEMY IN FAREWELL TOUR

Toronto, Ontario – Alexisonfire, the St. Catharines-native metal group, brought the house down on their December 28th date at the Sound Academy for their official farewell tour.

Originally, there was only supposed to be one show at the warehouse on the outskirts of downtown, but the original date sold out within minutes, bringing them to schedule three more shows at the venue.

The venue itself was a little bit overbooked for the night of the 28th, but it only made for a much more passionate and raucous show. Opening for the band was Monster Truck, a Hamilton, Ontario-based classic rock group. I had never heard of them before, but after their show, I could not believe that I had not heard of them before.

Their stage-presence was underwhelming, with the only moving member of the group being their guitarist, but the quality of the music more than made up for it. It was clearly very well-rehearsed, and every bit of it seemed flawless in its execution. If I could draw any comparisons to it, it would be a cross between Wolfmother and Led Zeppelin.

Monster Truck’s song “Seven Seas Blues” has recently been included in the soundtrack for NHL 13, which guitarist Jer considers a great victory. He also listed his Xbox Live Gamertag and issued a challenge to anyone who wanted to play him on their blog.

The band has also been nominated as the Best New Band of 2012 by Classic Rock Magazine, which can be viewed here.

They also have Facebook page, where they update with band news and new music. 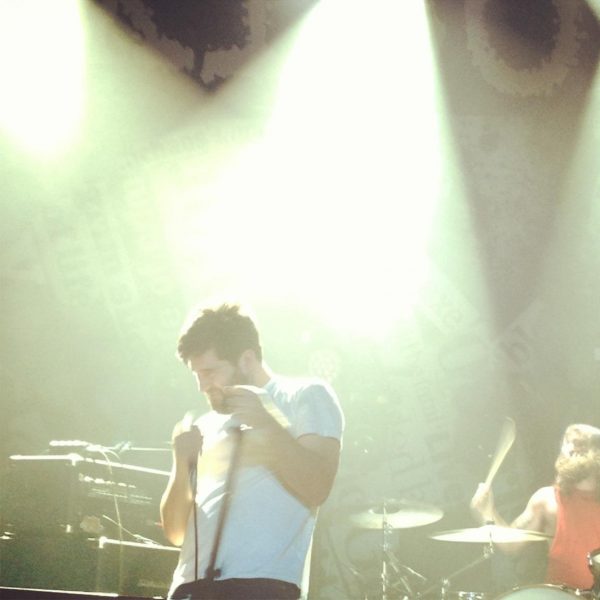 After their set, Alexisonfire was a bit slow to come on, leading to some discontent amongst the crowd. Members in the front row started to create a bit of a mosh pit, chanting the band’s name until they came out.

Once they finally did arrive, the crowd broke out in cheer to their opening number, “Young Cardinals.” The audience went wild, and the front half of the venue was a sea of thrashing bodies in time with the music.

After the band finished with the song, frontman George Pettit thanked everyone there and asked the moshers to be courteous and to pick anyone up who had fallen, which, thankfully, they complied.

The band continued through an amazing set, performing almost better live than they do in the studio. Their set continued for another two hours, appeasing fans with a good portion of their entire discography in their last couple of shows. They closed with their breakout hit “This Could Be Anywhere in the World,” where every member of the crowd could sing along to the chorus.

After they completed the set, they left the stage momentarily, and the crowd was so loud that you could barely hear them as they returned for an encore. After the audience settled down, the band launched into “Happiness by the Kilowatt,” a long-time fan favorite. The song lasted a good ten minutes, allowing sing-alongs with the crowd. At one point, Dallas Green asked the members of the audience to raise their lighters and cellphones to the music, and soon the entire venue was aglow.

The show came to an end wildly, with people singing, dancing and thrashing throughout the warehouse. Everyone was still jittery and excited after the finish, wanting more, but it was time to start filing out. I can safely say that this was one of the best shows that I have ever attended, and I’m sure that others can say the same.

Unfortunately, this was one of the last shows that they will ever perform, as guitarist/vocalist Dallas Green is moving on to focus on his other efforts with City and Colour.

Anyone who wants to still check out their music, it is available digitally through iTunes and on CD and vinyl. The band also has their website, www.theonlybandever.com, where Pettit has a letter to fans posted on their recent breakup. The store is also still active, where you can purchase music, clothing and other accessories. 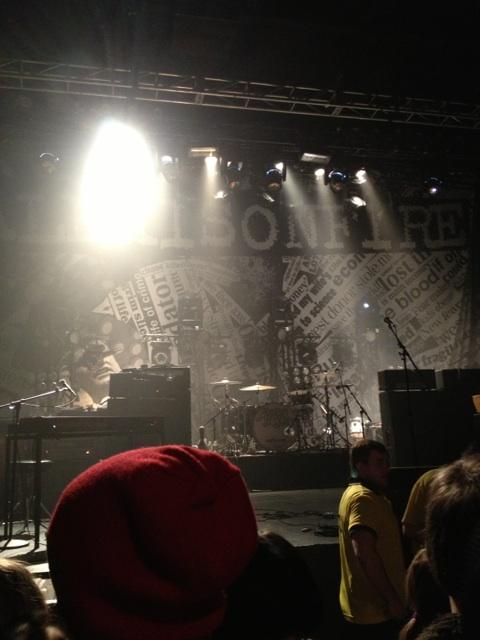