Whenever I return to British Columbia, I feel like I’m going home. Perhaps it’s because of all the “growing up in BC” stories I have heard from my parents or maybe I just have an affinity with the mountains and ocean. Regardless, I will always “go home” to BC whenever I get a chance. 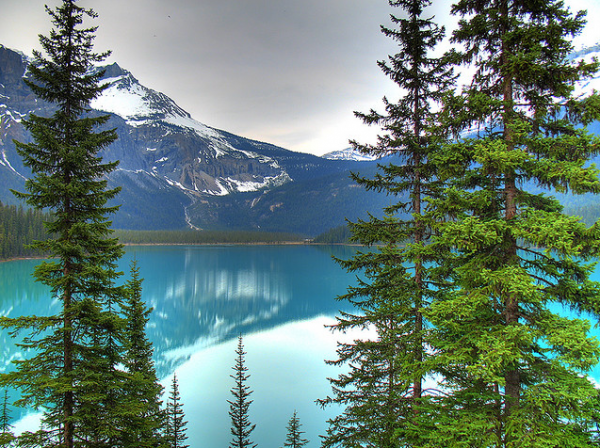 It doesn’t matter where I return to: the city life of Vancouver, skiing on Whistler Mountain, eating fresh-picked cherries in the Okanogan Valley, walking on Long Beach, checking out the animals in tidal pools or having tea at the Empress Hotel in Victoria – I love it all.

Almost the entire province is mountainous and includes Vancouver Island and the small Queen Charlotte Islands. The Queen Charlotte Islands were a popular subject in Emily Carr’s paintings. They are the home to plants and animals that exist nowhere else in the world. The interior of the province is wild with long, narrow lakes, beautiful waterfalls and rushing rivers. Most of the population lives in the south west tip of BC. Close to the ocean, the climate is temperate with high rainfall.

The history of the first settlers to British Columbia can be seen in the beautiful and artistic totem poles found in a variety of locations along the coast. Spain and Russia claimed parts of the province first but Great Britain’s Captain James Cook was the first to chart the area in 1778 and a settlement was established in what is now Victoria by 1843. British Columbia joined the rest of Canada in 1871 when promised a rail link that would eliminate their isolation.