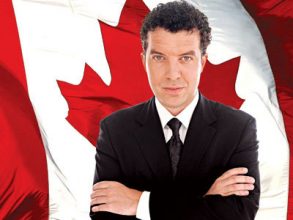 “Health Canada reports that the infection rate for chlamydia in Saskatoon is twice the national average, making it the chlamydia capital of Canada. Montreal has vowed to get their title back.”

“Our healthcare system has a lot of good things going for it, but if you can’t get to the doctor, you can’t get better. Hope Air reduces the distance and cost between home and hospital for a lot of Canadians. I’m proud to be Honorary Patron of an organization that helps so many children and adults get to the medical care they deserve.”

“Here’s to democracy. May we get the government we deserve.”