If you’ve lived in Canada long enough, you may already know about many of its sweetest offerings; sweet, in terms of home-grown desserts! Perhaps it was us who got you thinking about things like sugar pie, in the interview Pat did in November, 2011 with Expat Patricia Lenkov. Every region of Canada is known for one or more specialty dishes, and in this post, we’ll talk about three well-known desserts that (almost) cover Canada coast-to-coast: in the east, sugar pie, in central Ontario, butter tarts, and in the west, Nanaimo bars. Yummy! 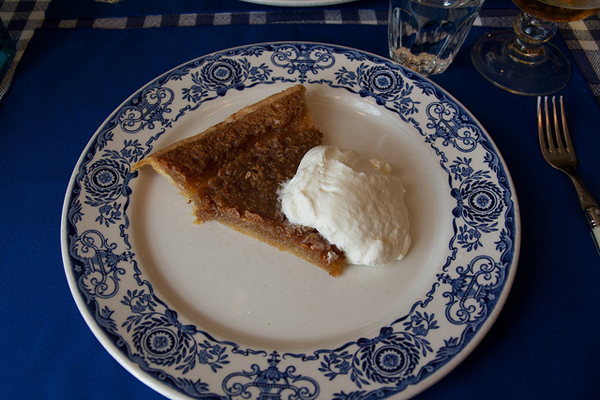 There are many fabulous offerings in eastern Canada, from Quebec’s sugar pie (coming up next) to Nova Scotia and other regions’ Blueberry Grunt (AKA Blueberry Slump, Bang, Belly, or Fungy). Tarte au sucre (sugar pie) origins may be found in Northern France, and Belgium; of course from those places many families emigrated to la Nouvelle France. As recipes were brought to and tried out in Quebec, it seemed that something so delicious couldn’t stay regional: so true. Maine and other parts of New England latched on to their own versions of sugar pie, as did other states. This super sweet dessert has only a handful of ingredients:

I haven’t sampled this delectable dish in Quebec, but one place with a long history in Toronto that serves it is called Papillon on the Park, in the Beaches area. Sugar pie, and their Pouding Chômeur, are to die for! At the end of this article, we’ve provided you with links to websites featuring all three desserts.

Working our way west into Ontario, slightly north of Toronto is the lovely, busy city of Barrie. Some know it only as a ‘drive through’ city, on the way to their cottages, but that does a huge disservice to it. It has some beautiful areas (especially along the waterfront), and has everything you’d want or need in a city. Well, in 1900—yes, that far back—the first recipe for butter tarts was published out of Barrie. Anyone who has visited Canada, in almost any region (including of course Toronto), may have sampled butter tarts. My grandmother used to make them with raisins; a big controversy in butter tart land! 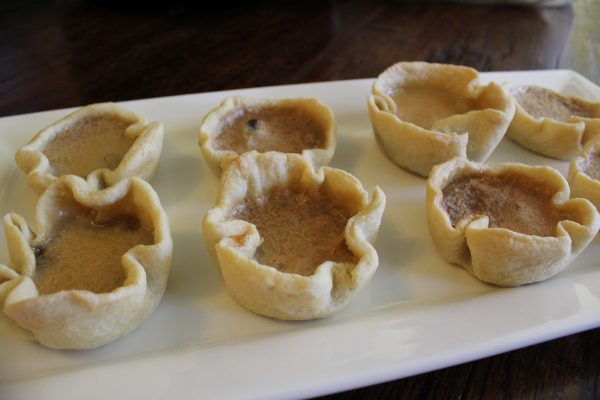 Wikipedia refers to butter tarts as “one of Canada’s quintessential desserts”. Similar to sugar pie, they only have a handful of ingredients: a pastry shell, butter (of course), sugar, syrup, eggs, and raisins (a big maybe). Some substitute walnuts or pecans for the raisins. Rich!

Years ago—the early 1990s actually—I was presenting workshops for a seminar company, crisscrossing Canada. I did so three times in one year. It was one of the most draining, but exhilarating and eye-opening experiences I ever had. Amazing. I was so, so fortunate to have seen our grand country, coast-to-coast, and the Territories (as they existed at that point). I got to travel to the west coast several times, usually staying in Vancouver as my ‘home base’. One of my trips took me to the city of Nanaimo, BC. Can you tell where I’m going with this…

Nanaimo is a beautiful little city on Vancouver Island. In addition to being known as the “Bathtub Racing Capital of the World”, and “Harbour City” (I like that one better), they invented one of the most rich desserts—one that doesn’t require baking—that I’ve ever had: Nanaimo bars. The City of Nanaimo’s website says of the origins that they’re “elusive, shrouded in mystery”. These butter and chocolate-based bars have at times been called New York or even New Brunswick Bars. Hmmm. In 1986, the Mayor of Nanaimo held a contest to definitely find “the ultimate Nanaimo Bar Recipe”. There were 100 entrants in the contest. We can tell you this about Nanaimo bars: 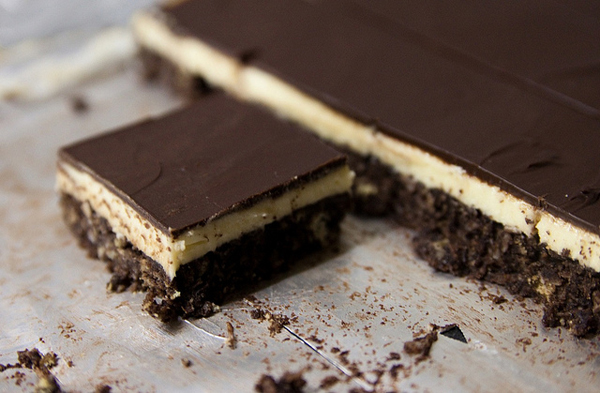 Like sugar pie and butter tarts, there are numerous sources offering Canadian dessert recipes so you can get the sweet thing happening at home. Here are three we’ve picked for you. Enjoy!